"Shut up gay bear!" "Don't short meme stocks!" "Cathy will bury you!" Over the last year, you'd probably be right. However, every single bubble ends the same, it's just the underlying assets and catalysts that vary. You feeling a little bearish? Are you fingers itching to YOLO some puts like last March? Don't short SPY, short ARKK.

This is not a case to short ARKK just because the stocks it holds are too high. Shorting a bubble just bc it's up is a bad time. This is a case to short ARKK because of how it functions as an ETF. For starters, an ETF is essentially a bundle of stocks. You buy ARKK and you indirectly invest in Tesla, Square, Paypal, Zillow, etc. However, the inner mechanisms at work are quite interesting. Every x amount of dollar inflows leads to ARKK buying more shares of its underlying stocks. Why sometimes so are buying ARKK shares from a willing seller, the money usually goes straight to Ark Invest, where it is routed to the underlying shares. People buy ARKK, ARKK has to buy shares of Tesla, Square, etc. to create new ETF units, the stock buys help the ETF price go up, more people want to buy ARKK because it's performing well, so more money flowing into underlying stocks, etc. You see what's happening? More inflows = more buys = better performance = more inflows, and so it repeats. However, stocks only have so many shares, and Ark has more than quintupled its holding sizes in the last year. Ark now owns more than 10% of the shares of several of its portfolio companies. It is difficult for Ark to offload this many shares in a short time if the company wants to rebalance, as it will move the stock price significantly. Ark has since "diversified" by buying speculative "growth stocks" such as 0 revenue reverse merger plays.

So what? Well a number of Ark's holdings have increased by 400% or more from last years HIGHS in February, yet the underlying companies are largely unchanged. Tesla's meteoric rise is a prime example. Many of these holdings are now struggling to break out to new highs, and appear to be either consolidating or breaking down. ARKK itself is up 400% from the march lows and 180% from last February, by far outpacing the indices.

Ironically, more and more people are talking about Ark now, though it is mathematically much harder for the company to outperform simply due to its bloated size. Combine this with Ark's tendency to largely ignore valuations and hold a number of incredibly pricy "growth" stocks, and the stage is set for an unwinding. The FAANG stocks are not massively overvalued, IMO. Apple and Amazon are fine and unlikely to crash. Tesla and other Ark holdings are a different story. Sector rotation is real, and Tesla appears to be falling victim. Other high flyers may soon follow. If and when investors start taking profits on their ARKK positions, the company will be forced to sell off a portion of the underlying assets. This will cause increased selling pressure on the already sputtering growth names, thus pushing a stock decline. This decline will impact ARKK's price, leading more investors to sell off, thus accelerating a massive reduction in holdings which will continue to tank ARKK's price. Momentum works both up and down, and Ark's illiquid 10% holdings in a number of companies may be its grave as it will be forced to sell off its own positions if outflows begin.

Maybe it's because we are approaching the one year anniversary of March 2020, but my bear senses are tingling. The high flyers of last year are most vulnerable, and the mechanisms behind ETFs make ARKK a prime target. This is a David and Goliath moment for our gay bears out there, good luck.

View all posts by James 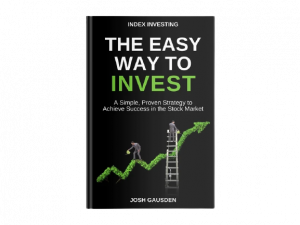